Our Dodgeball team have qualified for the city finals on Monday, with a second placed finish in today’s heats at NLA. A strong team was chosen after lots of training sessions on Friday afternoons, during golden time sessions.

The first match was against Smithdown Primary, winning 2-1. Next up was Sacred Heart, with a better result of 3-0. Finally, a draw with St. John’s meant we topped our group. This lead to a league semi-final vs. Smithdown, where we were once again victorious, 2-1, to set up a league final with Sacred Heart.

There was no change to the result, as we ran out 2-1 winners, to play Lister Juniors, the winner of the heat’s other league.

After a tough match, Lister came out on top to take home the medals, but we will meet them again, along with other heat qualifiers in Monday’s city final! Well done! 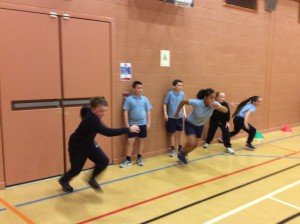 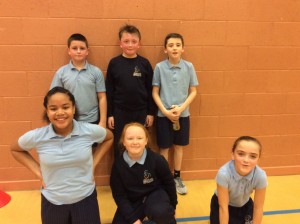