We were delighted to have Paul Edwards, of Friends of Everton Park, and Toni Lappin, mother of Joseph Lappin and founder of the Joseph Lappin Centre, in Old Swan, join us at our KS2 celebration assembly this week.

Paul and Toni came to officially present our children with the ‘1km Blue Run for Joseph’ Primary School winners trophy, after a successful race in Everton Parkin October. Paul talked with admiration for our pupils, with their integrity, determination and enthusiasm displayed during the event. He also shared plans for a primary schools running competition in Everton Park in the spring, which lots of children showed an interest in.

Toni spoke about the importance of the Blue Run, raising funds for the Joseph Lappin Centre, and the school were delighted to be able to present Toni with some flowers and a donation towards the centre, raised during the Blue Run.

We hope to continue to support the Blue Run and other events in Everton Park, as we look to utilise its potential more often within our curriculum. Our partnership with Everton Park is growing ever strong and we would like more children and families to use Everton Park in ever more positive ways. 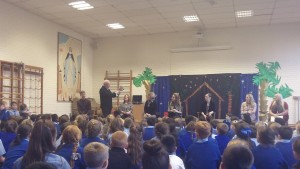 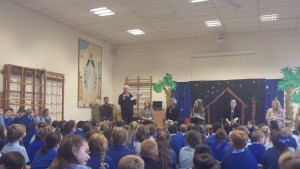 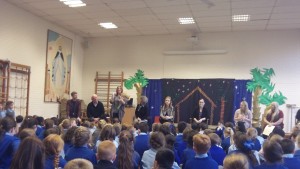 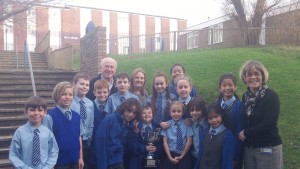